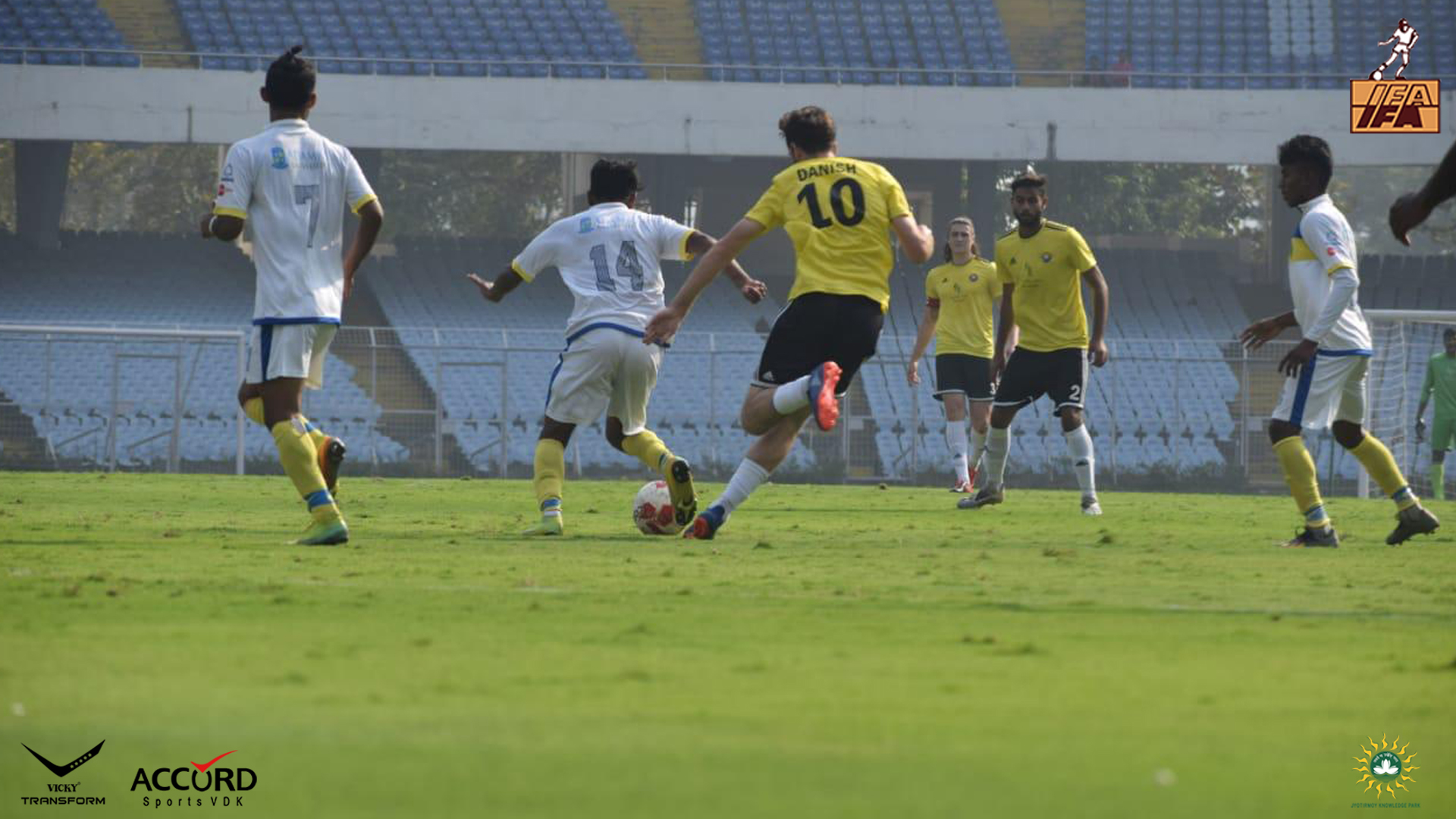 Kolkata, West Bengal: The final showdown of the 123rd IFA Shield was between the Snow Leopards, Real Kashmir FC and the Giant Killers, George Telegraph SC at the VYBK Stadium.

Real Kashmir got off the blocks first as they started pressing early and registered attempts at goal and created more chances. Real Kashmir used their wings effectively and switched wings to keep the game fluid.

Suryash Jaiswal, the young Georgian guarding the posts was tested quite a lot in the early minutes but he neutralized them with intelligent positioning.

At the 16th minute, Danish Farooq created a brilliant chance for the Snow Leopards as he sent a defense penetrating forward pass to Samuel James, who timed his run and found himself one-on-one with the goalkeeper. His shot was grabbed by Suryash Jaiswal, the young Georgian goalkeeper

At the 20th minute, George registered a venomous attempt at the goal as Vivek Singh blistered past Ravanan, Chesterpaul and Pratesh on the left wing with his pace and lobbed a measured ball in to Dipendu Dowary but a miss placed header kept them from getting the lead.

The Georgians were playing a counter attacking brand of football. Real Kashmir had the lion’s share of possession but George Telegraph were lethal in the breaks.

Echezona Celestine, the Georgian captain tackled Mason Robertson inside the box and gave away a penalty. Lukman, who scored a hattrick in the last clash against Mohammedan SC in the semi-final came up to take it from the spot. He sent the goalkeeper the wrong way as he passed the ball to the back of the net at the 38th minute.

At the 45+4’, the Georgians were awarded a free-kick from a dangerous position after Chesterpaul fouled Vivek Singh in an attempt to head the ball just outside the box. Dipendu took the free-kick and sent a venomous ball on the bottom right of the post. It was almost a goal but Mithun Samanta was equal to it as he stretched himself to reach the ball at the last moment and kept it out.

The second half began with an equalizer at the 50th minute by the super sub, Guatam Das who came after the half. A long ball from Bablu Orao found Gautam Das on the right wing. Gautam Das timed his run brilliantly to get past Sena Ralte and sent the ball to back of the net with Minthun Samanta stretching but failing to reach the ball this time.

Real Kashmir soon got back their lead when Echezona gave away a foul after he pulled down Lukman about 38 yards away from goal. Shubhankar Adhikari lobbed the ball in, finding

Mason Robertson and a towering header by the skipper found the back of the net at the 60th minute.

George Telegraph started playing on the front foot and started attacking all out. Real Kashmir kept neutralizing the attacks and played possession based football.

Mason Robertson tackled down Vivek Singh inside the box and gave away a penalty at the 80th minute. Tanmoy Ghosh came up to take the penalty, he sent the ball on the right side but Mithun Samanta jumped the right way and kept the Georgians from equalizing.

Real Kashmir went all out defensive for the rest of the match. After the final whistle, Real Kashmir was declared the champions of the 123rd IFA Shield.

Real Kashmir won the IFA Shield in their maiden season in the competition.

Mithun Samanta, the goalkeeper of Real Kashmir, was named the man of the match for his brilliant performance and a decisive penalty save. When asked about his feeling he said, “It is a great moment for the team to win this historic cup. We feel good and we will go into I-League on the back of this championship and try to play even better. It feels good to save a decisive penalty in a big final like this”

The winning coach, David Robertson, shared his thoughts on winning the 123rd IFA Shield, “We are really happy after winning the historical IFA Shield. We know the history of this Shield. We were confident that we will win the IFA Shield and at last we won it. We didn’t look at it as a preparation for I-League but we prepared separately to win this tournament.” 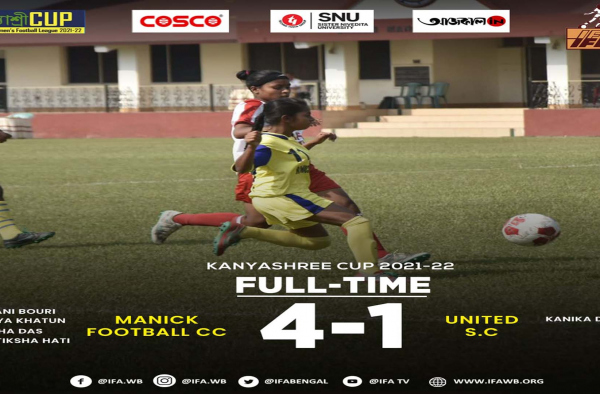 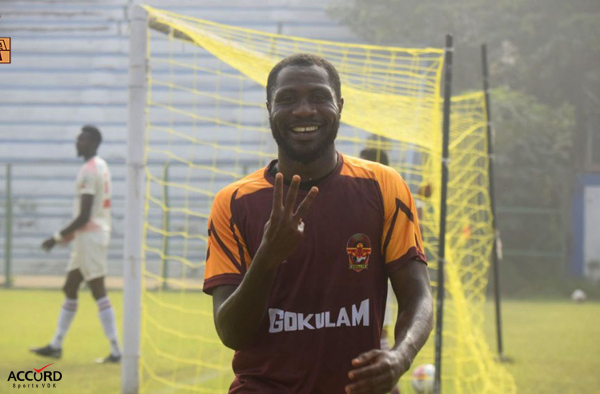 KOLKATA, Dec 12: Gokulam started the game with intense pressing and BSS was no match for it as Dennis…