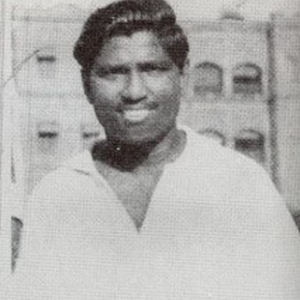 When a Prime Minister of a country asks a particular player of his national football team to score a goal, you know that person is not just plain lucky – he is too special. The recipient of that rare request was Sheoo Mewalal, himself a rarity in Indian football. And so, Mewalal went and scored the only goal of a game against Iran to clinch an Asian Games football title. Born on 1st of July, 1926 in Kolkata, Mewalal belonged to a struggling home and in spite of the heavy sustenance odds of his family, he kept dreaming football. By the age of seven, Mewalal was equipped with decent football knowledge because he used to watch British footballers practice in the Hastings-Fortwilliams area, where his home was. Mewalal’s real journey in football began when a British Sergeant called Barnett, who felt this Indian lad was an uncut gem, found him a place in a local club called Morning Star.
From Morning Star, Mewalal moved to Khidderpore club to play in the second division of the Calutta Football league as a right-out but switched to his trademark centre-forward position when he joined Aryan Club. His talent was quickly spotted by East Bengal which signed him up soon. While playing for Aryan, Mewalal was spotted by East Bengal but he wanted to join Mohun Bagan as the club’s legend generating from the 1911 IFA Shield triumph hadn’t bypassed him. His stint with Mohun Bagan lasted only till 1947 but that did not deter Mewalal. He found his true calling at Eastern Bengal Ralways FC where his career-graph went north like never before. 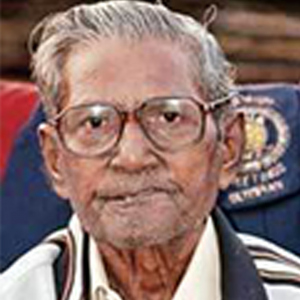 Mewalal’s form peaked between 1947 and 1957. He was indomitable as he outsmarted and outscored his opponents in both East Bengal and Mohun Bagan, so much so that the pre-match strategies of the ‘Big Three’ centred around him. Such was his prowess that he booked himself a permanent berth in legendary coach ‘Rahim Sahib’s’ team for the next half-a-decade. In the London Olympics of 1948, Mewalal was one of the architects of India’s impressive show – a football meet remembered for the country’s great performance against world footballing power France to which it narrowly lost 1-2, and that too after playing barefoot.
It may sound unbelievable in the new millennium but, while India was journeying back home from London, it played exhibition matches producing stunning results – defeating the famed Ajax Amsterdam 5-1, Isthmian 3-1 and West Amature 4-0. And Mewahal had topped the charts of goal scorers. Three years later in the New Delhi Asiad, Mewalal single-handedly laid waste every opposition on the field, topping his brilliant run with the decisive goal against Iran in the final. But what stymied Mewalal’s further growth as a footballer was the fact that his Eastern Bengal Railways team, despite a strong contender everywhere, lacked quality players help him continuously raise his game, which later cost him his place in the national side. Mewalal walked into the annals of India’s football history in 1958, leaving behind an enviable legacy of over 1032 official and unofficial goals and 32 hattricks. To date, he hold the record of being Calcutta League’s top scorer in four football seasons – 1949 (32 goals), 1951 (18 goals), 1954 (29 goals) and 1958 (16 goals). He ended his career with Bengal Nagpur Railway in 1958. Mewalal passed away on 27th December, 2008, marking the end of an era in Indian football. But before we leave this page, here’s a throwback to how another prime minister of another nation had reacted upon seeing Mewalal. Soon after Bangladesh became a free nation in 1971, a team of sports personalities from India had visited Dhaka. One by one, the members of the delegation were being introduced to Sheik Mujibur Rehman. When Mewalal’s turn came to be introduced, Mujibur Rehman looked at him in disbelief and exclaimed, “Apni-e Mewalal? (You are that Mewalal?)”, and hugged him.