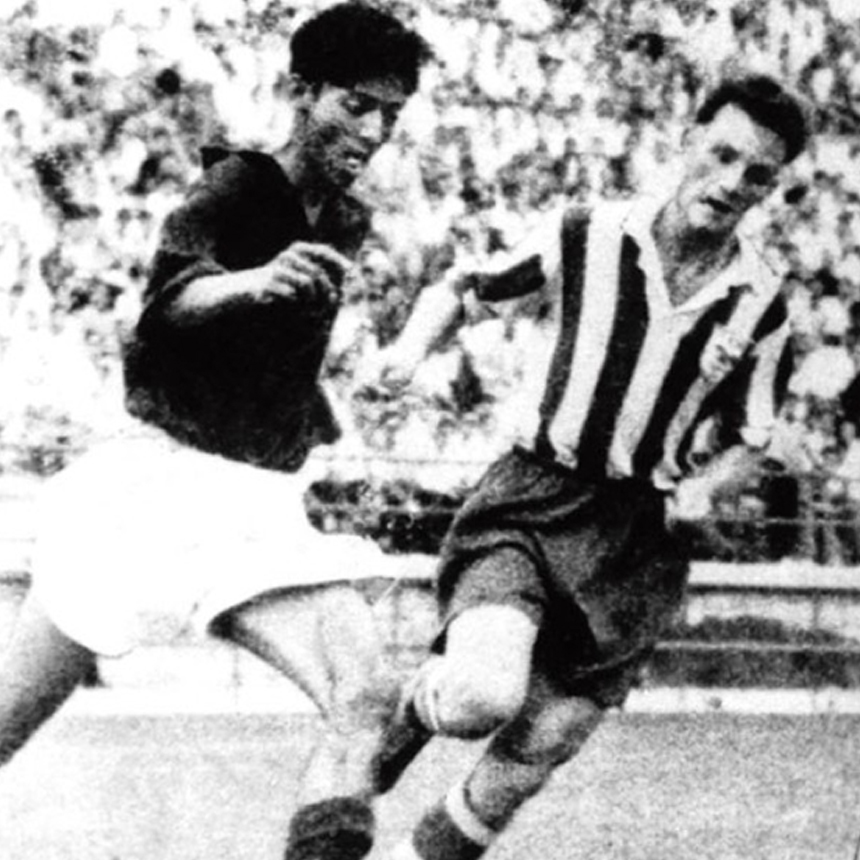 The only player in Indian football to have epitomized flair, flamboyance and finesse was Chuni Goswami. Born Subimal Goswami in 1938, Chuni was India’s ‘Denis Compton’, having earned the rare distinction of representing his country in football and his home state West Bengal in cricket. His prowess as an inside-left was phenomenal. Built lean, he still packed a great wallop in his shots. But what set him apart from the rest of his teammates in Mohun Bagan and other players elsewhere in India was his aerial and dribbling skills. He could dribble his way out of most untenable situations with such aplomb that coaches of opposing teams had to ask their players to look at the ball instead of at Chuni. Yet, just when they thought they had tackled Chuni, he had slipped away with the ball. Chuni captained both his club Mohun Bagan, where he stayed till the end of his career despite enticing offers from other clubs, and the Indian national team. Chuni Goswami made his international debut for India in 1956 during the team’s 1–0 victory over the Chinese Olympic team. He was an Olympian, too. His footballing skills at the 1960 Olympiad had left a western audience mesmerized, particularly when he combined with Tulsidas Balaram to get the better of defenders. In 30 international appearances, Chuni scored nine goals. He also captained India at the 1962 Asiad in Jakarta, Indonesia, where the country won the gold and almost repeated the feat at the 1964 Asian Cup. 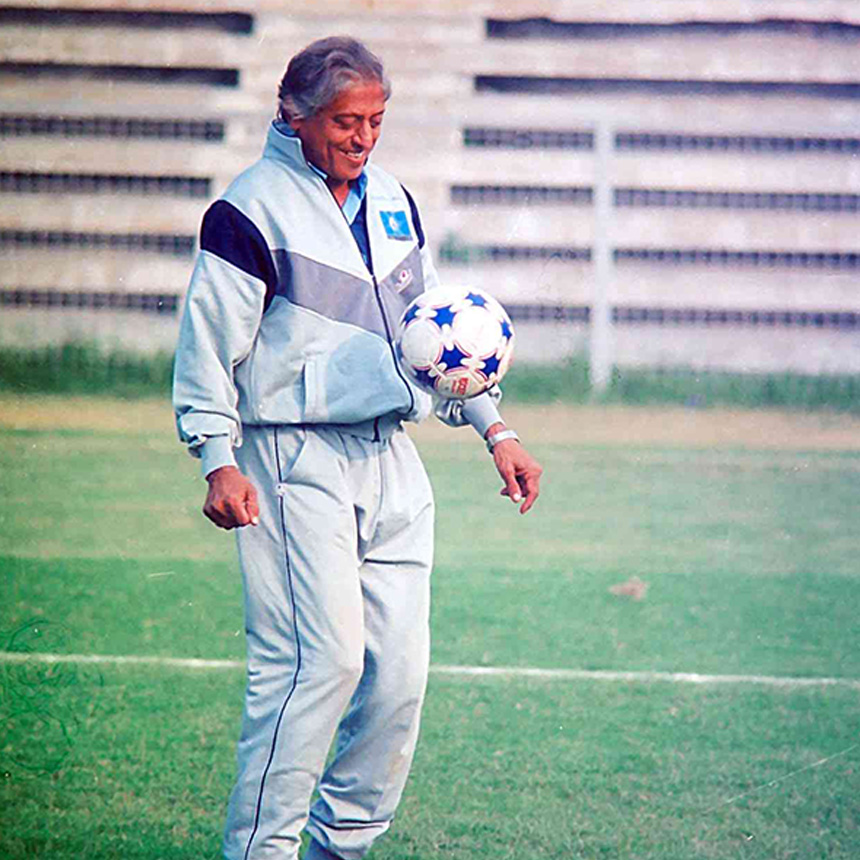 At a tender age of eight, Chuni broke into organized football by joining the Mohun Bagan Junior team in 1946. By that time, his individual brilliance as a footballer had become the talk of the town, and it was only a matter of time for him to join the senior club team, which he did in 1954. Nobody had seen a player like him in India before, one who could score with consummate ease, and at times with the nonchalance of a billionaire. From 1960 to 1964, Chuni captained Mohun Bagan.Chuni retired from the game in 1968 in a surprise decision because he was still at his peak when he decided to hang his boots. This was so evident when four years later, after the independence of Bangladesh, Abahani Krira Chakra visited Kolkata to play in the IFA shield. Chuni, turning out for an IFA combination in an exhibition game, grabbed the ball at the centre-line and dribbled past six regular Abahani players, years junior to him, to score a spectacular goal. But Chuni’s talents were not confined to just football. He was also one of India’s first-class cricketers, representing West Bengal in the Ranji Trophy. He had led Bengal to the final of the tournament in the 1971-72 season. One of Chuni’s best moments in cricket came when he faced the hostile West Indian fast bowler Roy Gilchrist and scored off him in the 1962-63 season. Gilchrist was representing Hyderabad and South Zone that season. He kind of had a Midas touch for every game he played. Come to think of it, he even played hockey for his club Mohun Bagan in the world’s oldest hockey tournament, the Beighton Cup. He played 46 first-class games, scored 1592 runs, seven fifties and took 47 wickets. Chuni Goswami won the Padma Shree in 1983, the Arjuna award in 1963 and the Best Asian Striker award in 1962. He passed away at the age of 82 in Kolkata after prolonged illness. To date, Chuni Goswami has remained as Indian football’s only poster-boy.