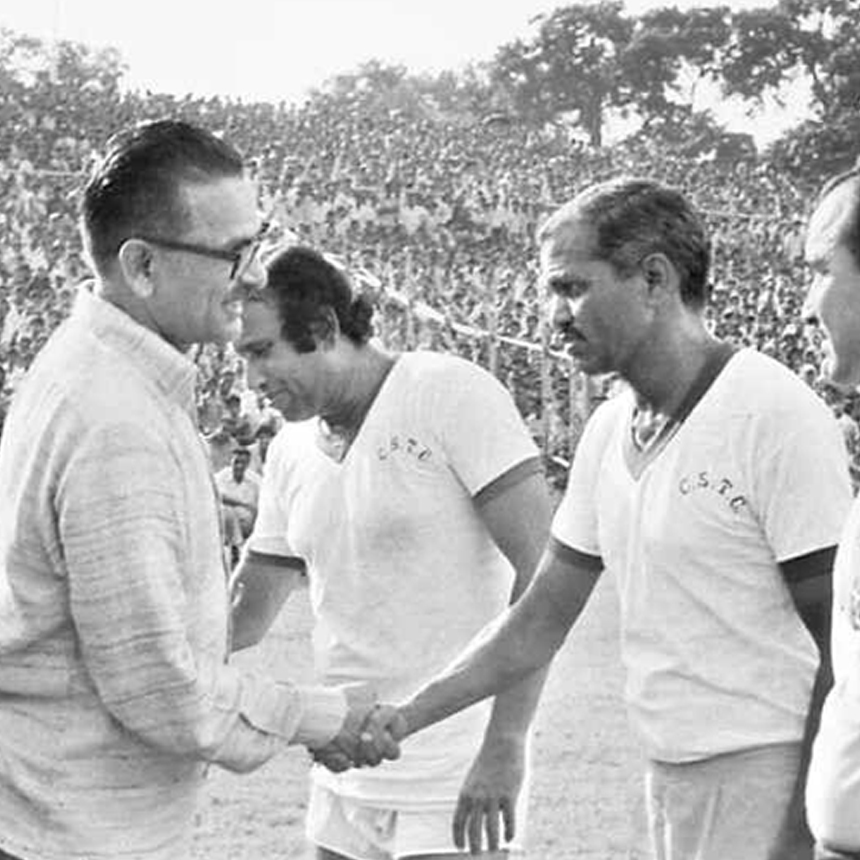 ‘Chuni- Balaram-PK’ had actually turned into a popular refrain in Indian football back in the day. Though Tulsidas Balaram did not have the flair of his good friend Chuni Goswami or the speed of Pradip Kumar Banerjee, what he possessed was a rarity in the football of the ‘60s – versatility. Born in an obscure village hear the southern Indian city of Secundrabad, Balaram’s talents were discovered by ‘Rahib Saab’, one of India’s best-known football coaches. The struggle of his family to make both ends meet just couldn’t douse Balaram’s burning desire to make the cut as a footballer as he began his playing career with Army Combined Force Club. Soon, his skills help him get a berth in the Hyderabad team for the Santosh Trophy. He shot to fame a year later when he scored twice in a 4-1 win against Bombay to help his state lift the coveted trophy. The rest, as they say, is history. Balaram was immediately drafted into the Indian side for the 1956 Olympic Games, where India’s performance had stunned the world. The very next year, Balaram shifted club-allegiance to join East Bengal, where he stayed till the end of this career. Balaram was not a physically imposing player but not diminutive either. His brilliant ball skills and subtle feigns had tormented his traditional opponents in Mohun Bagan. His legendary rivalry with Bagan’s Jarnail Singh and Chuni Goswami never weighed on their off-field frienshi. Balaram, who played as a left-inside forward those days, scored 78 goals in his eight seasons in Kolkata. 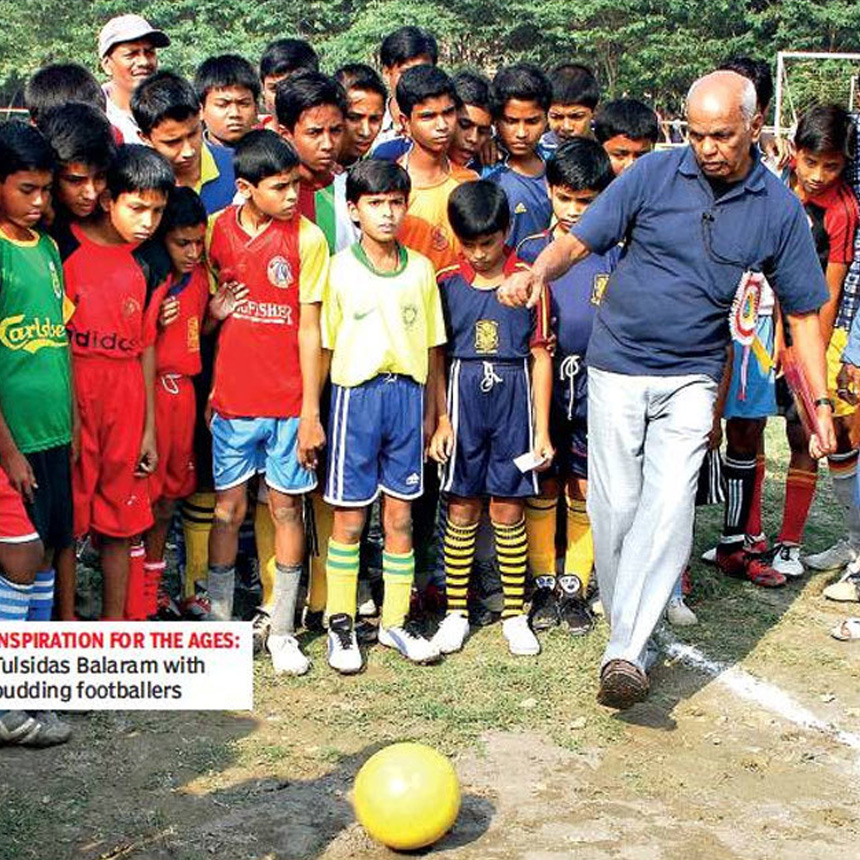 Not just at home, Balaram’s prowess was getting the better of teams, which was evident at the 1962 Asiad when he teamed up with Chuni and PK to make short work of Thailand, Japan and South Korea, scoring against the former two and assisting Goswami against the latter.
The brilliance of Balaram’s brand of football spilled onto the Olympic arena as well. After falling behind Hungary 0-2, Balaram punted a great assist from Chuni into the Hungarian goal to reduce the margin and repeated his spectacular show in a game against France that India lost narrowly due to a defensive lapse. Balaram’s best moment in international football came against Hong Kong in the 1958 Asiad. The mmatch spilled into extra-time with the two teams tied at 2-2 in full-time. It was then that Balaram turned his magic on with two assists and one goal to help India clinch the issue 5-2.
Balaram became the captain of East Bengal in 1961, which was a glorious season for him. Marshalling his resources from the front like a true general, he finished the season as the top scorer with 23 goals and also bagged the best player award.
Balaram was equipped with a unique sense of football as he could improvise instantly while playing and brought a lot of variety to the game with his kind of play, so much so that at one point a section of the discernible felt that he was better than even Chuni, arguably India’s best-ever football player.
Balaram received the Arjuna Award in 1962 and was expected to continue playing for some more years but, due to nagging health problems, he retired from the game in 1963, leaving behind a rich legacy and the ‘Chuni-Balaram-PK’ refrain that still does the rounds of the football circuit of India.