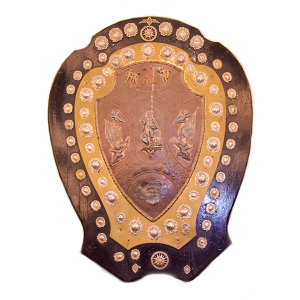 The IFA Shield is an annual football competition organized by the Indian Football Association. It is one of the oldest football tournaments in India and the second oldest Cup in the world. During the initial years after its inception, the IFA Shield was dominated by British army teams. However, their stranglehold over the Shield was broken in 1911, when Mohun Bagan Athletic Club became the first Indian team to win the IFA Shield by defeating East Yorkshire Regiment 2-1. That was a historic moment for Indian football, as the natives beat the Englishmen at their own game. Since 2015 the IFA Shield is designed as an under-19/under-18 youth football tournament. Youth teams of all divisions are allowed to participate.