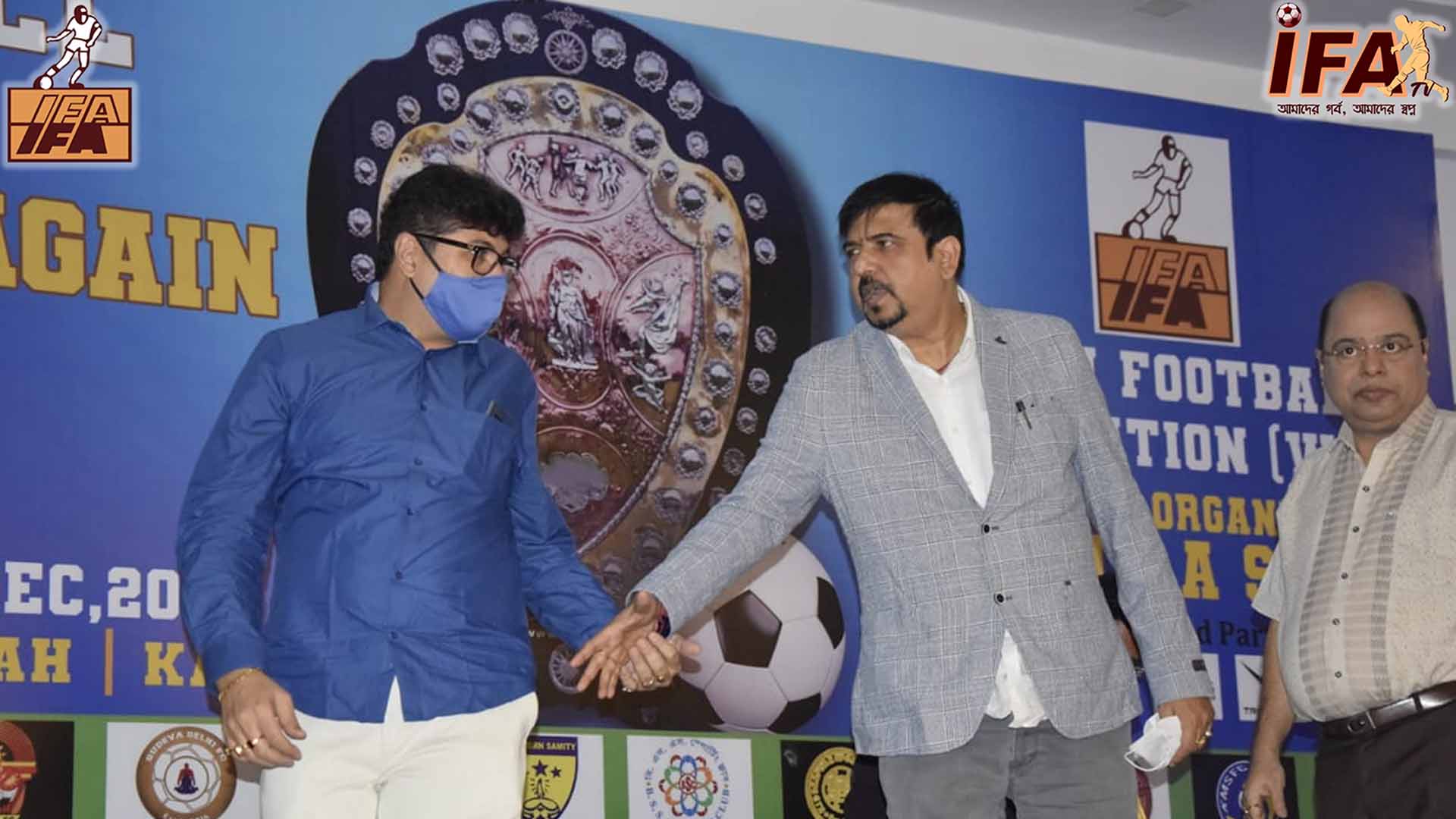 The IFA shield is back again to turn its magic on football enthusiasts across the country.  After a forced hiatus due to the Covid-19 outbreak, one of world’s oldest football tournaments IFA Shield will kick off its 123rd edition on December 6, 2020.

The official draw of the football tournament was held in Kolkata on 18th Novemer, 2020, at a well-attended event. “Football is next to my heart as I was a keen footballer myself. I am very happy that the 123rd IFA shield tournament will be finally held. I would do whatever possible for me to keep the banner of IFA high.” said Mr. Sujit Bose, Minister, Fire and Emergency Services (Independent charge) & Forest, the Government of West Bengal, who was present at the event. “Bengal has always had great passion for football and the holding of the tournament this year only reflects our deep involvement with the game,” he added.

The event was also marked by the official release of the IFA theme song through an audio-visual presentation.

At the draw event, the dignitaries shared their views on the prospect of Bengal Football and how they plan on taking it forward. Representatives from all the participating teams were present at the ceremony and took part in the official draw. The I-League teams were drawn in the first round and were placed in separate groups.

The groups after the draw: 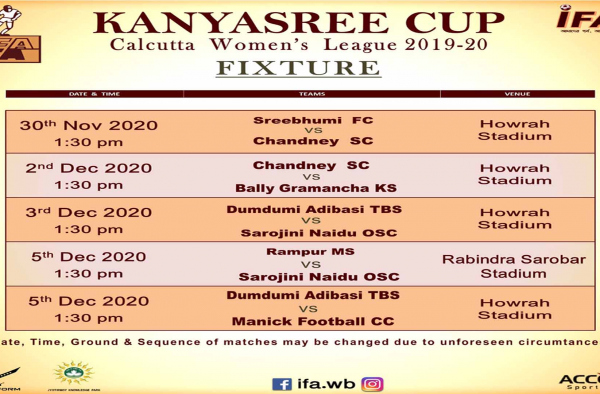 Kanyashree Cup is set to kick-off on 30th November, 2020. After the lockdown this will spark the start of… 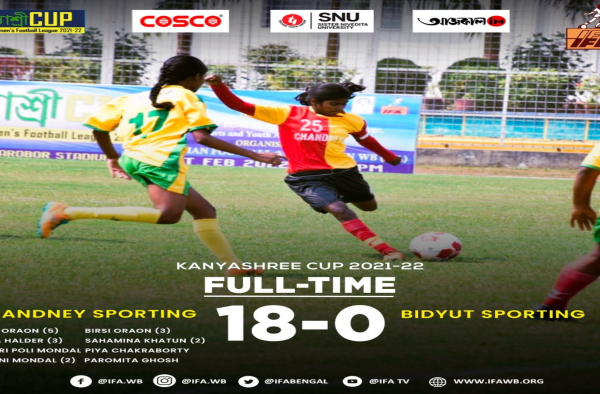 Chandney fire away at will in 18-0 win